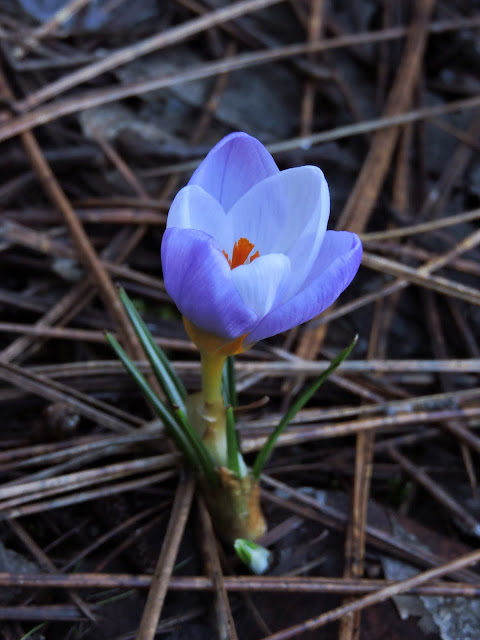 Crocus sp.
This is the first Crocus to flower this year. It is way ahead of some of the others, some of which haven't even appeared above ground yet. 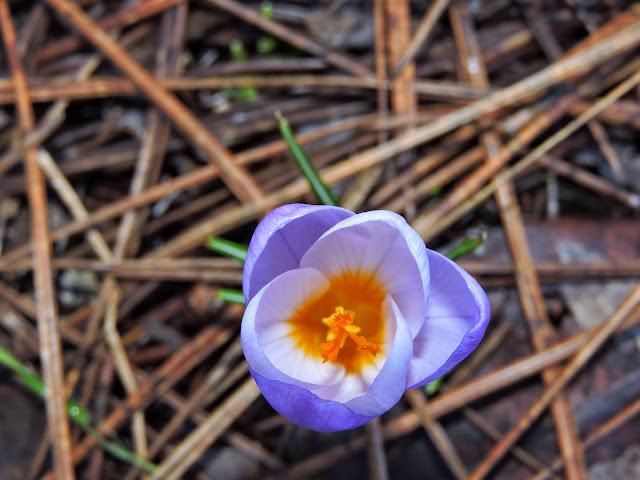 The sun was out and the weather was warm enough for this flower to open showing the beautiful interior. The stigmas of Crocus are often branched and interesting, always divided into three main sections from a single stigma at the base of the flower tube, which remains underground during flowering. 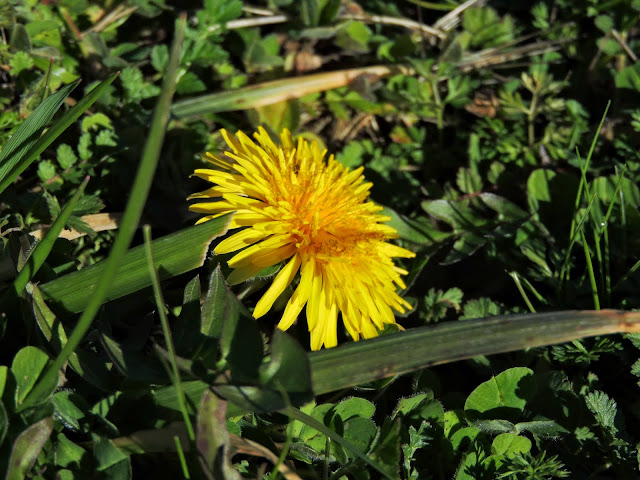 Dandelion (Taraxacum sp.)
Though considered a weed, it flowers so early in the year it is undoubtedly useful to pollinators. Strange that Taraxacum sp. have been shown to produce seed without pollination, either self- or cross-pollination.
It's a method of asexual reproduction called apomixis, where the seed produced is genetically identical to the parent. Bees and flies make use of the early flowers. 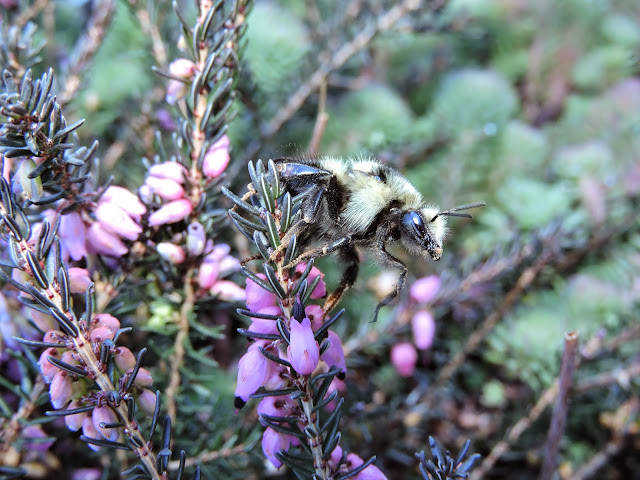 Winter heath (Erica sp.) is in bloom from late fall to spring. Bumblebee queens, and later bumblebee workers, love this plant and work it for nectar and probably pollen as well. A closer look at this photo shows pollen grains all over this large queen. 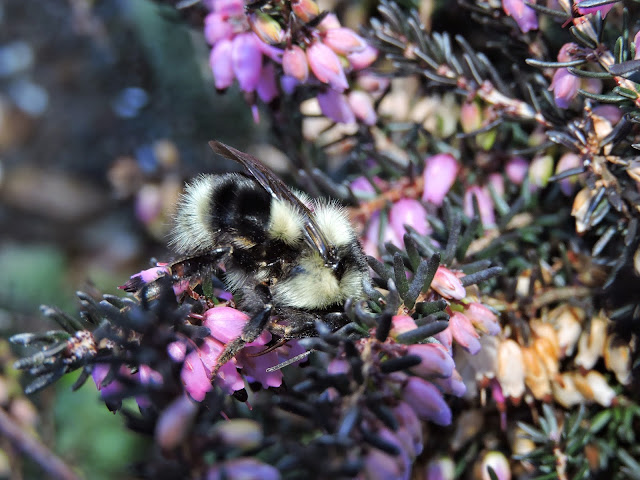 Here you can see the bee attaining nectar from the flowers. If you look carefully you might locate the proboscis probing the flower for the nectar. 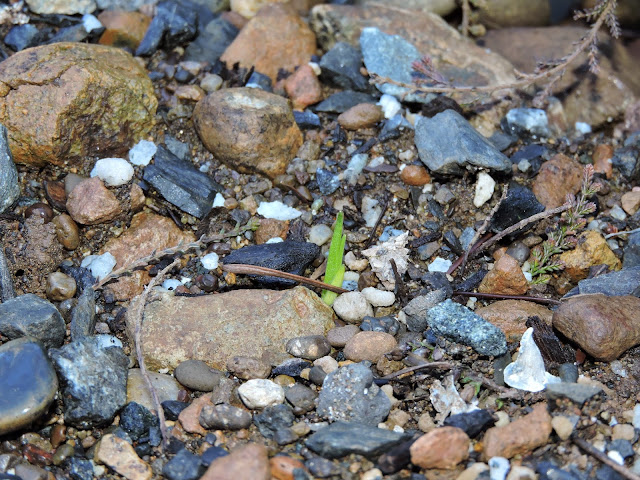 This is a shoot of Toxicoscordion micranthum (syn. Zigadenus micranthus) also known as smallflower deathcamas. It is a toxic bulb, which is known to be toxic to bees, though it is not fully understood why it has evolved this way.
at 5:38 PM